Is Flouride Dangerous To My Child’s Teeth? 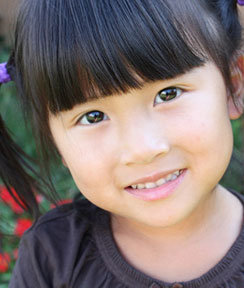 Fluoride is an important mineral that is essential in preventing tooth decay, and a majority of municipalities have added fluoride to public drinking waters in order to provide these benefits to entire communities. However, some parents avoid fluoride under the belief that it can be dangerous to their child’s oral and overall health. By learning more about the benefits of fluoride and the possible dangers, you can keep your child’s teeth healthy while minimizing potential risks.

The Importance of Fluoride

Fluoride is a very important mineral for children. Bacteria found in the mouth can combine with sugars in order to produce a harmful acid that may damage teeth and tooth enamel. Fluoride works to protect the teeth from potential damage, and it can also reverse some of the early signs of tooth decay. Fluoridated toothpastes reduce cavities by 15-30% in kids, and fluoridation of public water supplies can lower cavity rates by as much as 40%.

The Dangers of Fluoride

While there is ample evidence that fluoride does provide a strong benefit to teeth, especially with children, it is important that parents monitor this fluoride intake closely. Environmental health experts indicate that while topical fluoride exposure from toothpaste does appear relatively safe, ingesting too much fluoride will have its risks. In fact, a recent Harvard study found that fluoride ingestion had negative consequences on children’s cognitive development and abilities.

The amount that is ingested seems to be the key factor in whether negative risks will be experienced. If your children ingest too much fluoride, the risk of developing fluorosis, which is a condition that affects 41% of kids and involves pitted and stained teeth, also increases. In some cases, high exposure to fluoride has also been liked to ADHD and other neurological dysfunctions.

When to Use a Fluoride-Free Toothpaste

There are some scenarios where toothpaste that is free of fluoride may be the best option for your family. If you have a child that is under the age of two, fluoride-free pastes are sometimes the safer choice, as young children may swallow too much fluoride. However, the American Academy of Pediatrics and the American Dental Association both recommend that parents begin using a “smear” of fluoridated toothpaste on their kids as soon as the first tooth appears. This smear should be continued until the child is three years of age, at which point in time a pea-sized amount may be used.  The AAP and ADA recommend that parents have their children spit out any excess toothpaste when brushing their teeth in order to minimize fluoride consumption.

Ultimately, it is up to you as a parent to make the call if your child will use additional fluoride via toothpaste beyond the water that they are drinking. If you have concerns about the possible risks and rewards of fluoride with your children, talk to your child’s dentist or pediatrician for more information.